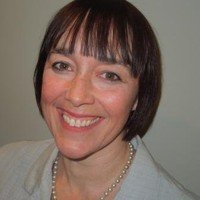 Hello and welcome to this week’s Wellbeing Wednesday, where we are exploring the topics of Children’s Mental Health, Sexual Abuse and Sexual Violence and LGBT+ History Month.

When the environment around them is uncertain, the effect on children and young people can be significant and adds to what can be a challenging time. But being a child or young person is also an exciting time of learning and gathering new experiences that can take them positively into adulthood. Growing Together is the focus of Children’s Mental Health Week, where we recognise the role that we can all play in growing emotionally and finding ways to help each other grow.

We also take a look at some of the serious issues around rape and sexual violence, still a significant issue, sadly, in our society. Dispelling myths around this is something that all of us can do, to improve society’s understanding of sexual violence and so enable victims to feel confident to speak up and speak out.

Finally we recognise LGBT+ History Month, which this year spotlights artists who pushed the boundaries for LGBT+ rights and recognition.

And for those of you who are interested, my own wellbeing ‘read more’ commitment has now taken me to the Gulags of Soviet Russia with The Diary of Vikenty Angarov by Victor Muravin. At the core of this book are the contrasts of both the cruelty and the humanity shown by people to one another in the most extreme of physical and societal environments. And it’s always worth remembering that the smallest acts of humanity can make the biggest difference to someone else’s life.

See you next week. 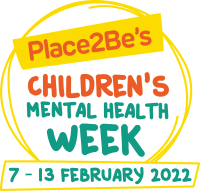 taking place on 7-13 February 2022. This year’s theme is Growing Together.  The focus this year will be on encouraging children (and adults) to consider how they have grown, and how they can help others to grow.

Place2Be launched the first ever Children’s Mental Health Week in 2015 to shine a spotlight on the importance of children and young people’s mental health. Now in its eighth year, it hopes to encourage more people than ever to get involved and spread the word.

Growing Together is about growing emotionally and finding ways to help each other grow. Challenges and setbacks can help us to grow and adapt and trying new things can help us to move beyond our comfort zone into a new realm of possibility and potential. However, emotional growth is often a gradual process that happens over time, and sometimes we might feel a bit ‘stuck’.

Approximately 1 in 6 children and young people have a diagnosable mental health problem, and many more struggle with challenges from bullying to bereavement. Whether you’re someone who works with children, a parent or carer, or are passionate about spreading the word, you can help us reach as many people as possible.

There are a number of free resources and further information specifically for schools and youth groups available here. You can also call the enquiry line on 0207 923 5506 or email: events@place2be.org.uk. 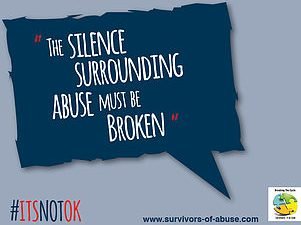 Sexual Abuse and Sexual Violence Awareness Week runs from 1st – 7th February every year.  This year the focus is on raising awareness and dispelling some of the myths around rape and sexual violence

There are many common myths about rape, sexual abuse and sexual violence which can make it difficult for victims to talk to anyone or seek support.

Victims can blame themselves, think others will blame them or that they won’t be believed. Myths can also affect how victims are treated by family and friends, services, and organisations.

It’s important to challenge these myths. Some of the more common myths are:

Myth: Most rapes are committed by strangers in dark alleys.

Fact: In reality, most rapes are committed by someone the victim knows – friend, family member, partner or other individuals known to the victim. People are raped in their homes, their workplaces and other settings where they previously felt safe

Myth: Only young, ‘attractive’ women and girls are raped.

Fact: People of all ages and appearances, and of all classes, cultures, abilities, genders, sexualities, races and religions, are raped. Rape is an act of violence and control, and has nothing to do with the perceived ‘attractiveness’ of a victim

Myth: If someone gets really drunk, it’s their own fault if they end up getting raped. They should have kept themselves safe.

Fact: Just because a person is drunk or has taken drugs does not automatically mean that they must be looking for, or willing to have, sex. People have the right to drink alcohol without getting assaulted. Having sex with someone who is very drunk, drugged or unconscious is rape – and it is always the rapist’s fault.

Fact: People in same-sex relationships are just as likely to experience sexual abuse and rape as straight people. Research shows that transgender individuals may be at even higher risk of abuse from their partner.  LGBT people can find it difficult to seek support because of additional stereotypes and prejudice they face.

Fact: The majority of sexual assaults and rapes are committed by men against women and children. However, women do perpetrate sexual violence against other women, men and children. Often people who’ve been sexually assaulted or abused by a woman worry they won’t be believed or their experiences won’t be considered ‘as bad’. This can make it difficult for these survivors to access services or justice.

Myth: If someone didn’t scream or try to fight their attacker off, then it wasn’t rape.

Fact: There are many reasons why someone might not scream or struggle. In fact, many people find that they cannot move or speak at all – this is a very common reaction. Some rapists also use manipulation or threats to intimidate or control the other person. No matter whether or not someone ‘fights back’, if they didn’t freely consent to sex then it is rape.

Myth: If you are in a relationship with someone, it’s always OK to have sex with them.

Fact: Everyone has the right to say ‘no’ to any type of sexual activity at any time – including with their partner. Consent must be given and received freely every time. Rape and sexual violence in a relationship is illegal.

If this is an issue which is affecting you or someone you support, help and advice is available:

The overall aim of LGBT 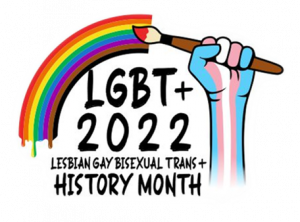 + History month is “to promote equality and diversity for the benefit of the public”.

The organisation, which is

a registered charity, aims to achieve this by:

This year, the main theme for LGBT+ History Month is art. 2022 also sees the 50th anniversary of the very first pride march in the UK in 1972.

The organisation states: “A popular slogan of the early gay rights movement (the idea of the ‘LGBT’ community was some way off) of the time was ‘the personal is political’, and art is probably the most individual of pastimes. So it seemed logical, as we have a National Curriculum link to our theme every year, to choose art for 2022.”

Five artists have been chosen, one each to represent the L,G,B,T and + of the community, as the five faces of this year’s celebrations.

They are Keith Haring, who painted dancing figures to draw attention to the growing Aids crisis of the early 1980s, Doris Brabham Hatt and Fiore de Henriquez, who fought against fascism in the 1930s, Jean-Michel Basquiat, who began as a graffiti artist,and Mark Aguhar, whose “mere existence” has been described as “an act of confronting white hegemony”.

LGBT+ issues in the workplace

Research states that over 60% of LGBT graduates who were ‘out’ at university go back into the closet when they start work.  Employees who feel they can’t disclose at work can use up to 30% of their mental energy hiding their true identity, with the inevitable impact on both their wellbeing and their effectiveness at work.

Listen to the CIPD’s Podcast on LGBT+ issues in the workplace, where gay, lesbian and trans people talk about their experiences at work and with their colleagues, disclosure and language and how this can help to understand how we can all make the workplace more inclusive.